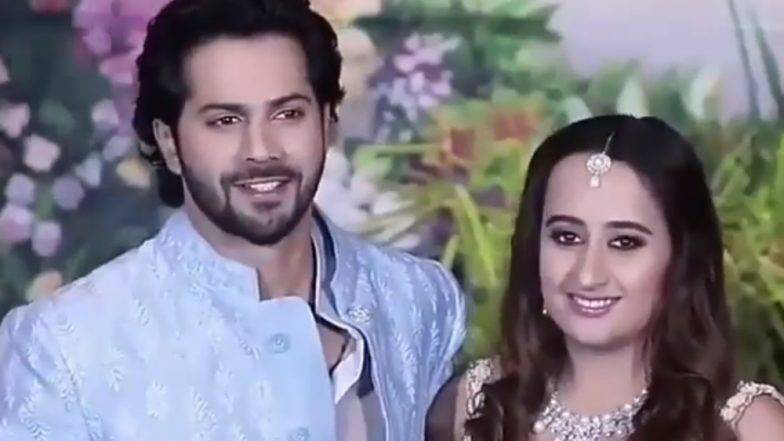 Varun Dhawan: I am dating Natasha Dalal and I plan to marry her

If Varun Dhawan creates a stir with his choice of films, his love life gets the same amount of attention. Though the actor had preferred to keep mum about his relationship with Natasha Dalal, he has become more open about it lately.

On Karan Johar’s chat show, Varun got candid about his relationship with Natasha. “I am dating her and we are a couple. I plan to marry her,” he said.
In response to this, KJo said that when the actor gets married, he will have a very emotional moment.

“I will feel that I’m giving my son away. I will play the K3G theme, meri saanson mein tu hai samaya. Mera jeevan toh hai tera saaya. And Lali, me and David ji (Dhawan) will have a aarti plate,” Karan joked.

Earlier, Varun had said that he doesn’t talk much about Natasha because he doesn’t want his personal life to be in tabloids. “I feel it takes away from your personal life. That’s the only reason I don’t talk about it because whether you are in or not in, people are going to write about it, there will be blind items,” said Varun.

He added that Natasha doesn’t like the spotlight, and he respects that. “She is a normal girl, she is a normal kid. She wants to live a normal life and it is my job to protect her,” said the October actor.

On the professional front, Varun has had another golden year. His films October and Sui Dhaaga did good business at the box office and received rave reviews.