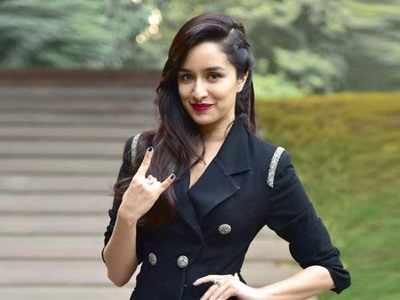 Born on 3rd March 1987 in Mumbai to actor Shakti Kapoor, and classical singer Shivangi Kapoor, Shraddha is the niece of famous Marathi actresses Padmini Kolhapure and Tejaswini Kolhapure. She did part of her schooling from Jamnabai Narsee School and later shifted to the American School of Bombay. She then went to Boston University for her graduation but dropped out in her first year itself to make her Bollywood debut, after Ambika Hinduja spotted her and cast her in Teen Patti. Later, she learned direction and acting skills under the guidance of Mohit Tugnait. Shraddha is also a trained classical singer and has sung several of her films’ songs.

Soon after the release of Aashiqui 2, rumors of Shraddha and Aditya’s alleged affair started doing the rounds. While the two more than often denied such rumors, they continued to appear at social events together and always maintained that they were good friends. These rumors died out after reports of her dating her Rock On 2 co-star Farhan Akhtar surfaced but nothing was confirmed.

Shraddha Kapoor broke into the silver screen with Amitabh Bachchan and Ben Kingsley starrer Teen Patti. The movie which also starred R. Madhavan bombed and failed to leave much impact. She then appeared in a leading role in Luv Ka The End opposite Taaha Shah. Produced by Y-Films, a subsidiary of Yash Raj Films, the movie opened to positive reviews by the critics but was declared a flop at the box office.

The year 2013 was a game changer for Shraddha Kapoor. She starred opposite Aditya Roy Kapur in the blockbuster film Aashiqui 2, which is a spiritual sequel to the 1990 hit movie Aashiqui. Directed by Mohit Suri, the film is a love saga focusing on the disturbed relationship between singers Rahul and Arohi, which is deeply affected by Rahul’s problems with alcohol abuse and temperament. Shraddha received her first Filmfare nomination for the film.

In 2014, she appeared in the romantic thriller Ek Villain which along with her also starred Sidharth Malhotra, Riteish Deshmukh in lead roles. Shraddha also made her Hindi film singing debut with Ek Villain’s song Galliyan. Shraddha role as the terminally ill wife garnered appreciation from the audiences and critics alike. In the same year, she appeared in Vishal Bhardwaj’s Haider, a modern day adaptation of William Shakespeare’s tragedy Hamlet. Co-starring Shahid Kapoor, Tabu and Kay Kay Menon, the movie was a huge hit and Shraddha was widely praised for her portrayal of Arshi, a journalist. Her second release in the same year was ABCD 2 opposite Varun Dhawan. Directed by Remo D’Souza, the film opened to mixed reviews.

In 2016 Shraddha featured in two films- Baaghi and Rock On 2. While the former co-starring Tiger Shroff was a commercial success, the latter, starring Farhan Akhtar was a big office disaster. In 2017 Shraddha featured in Shaad Ali’s romantic drama OK Jaanu, which is the official remake of the 2015 Tamil film O Kadhal Kanmani, and the movie adaptation of Chetan Bhagat’s novel Half Girlfriend of the same title, co-starring Arjun Kapoor. Her 2018 releases include Amar Kaushik’s Stree alongside Rajkummar Rao and Shree Narayan Singh’s Batti Gul Meter Chalu, alongside Shahid Kapoor.