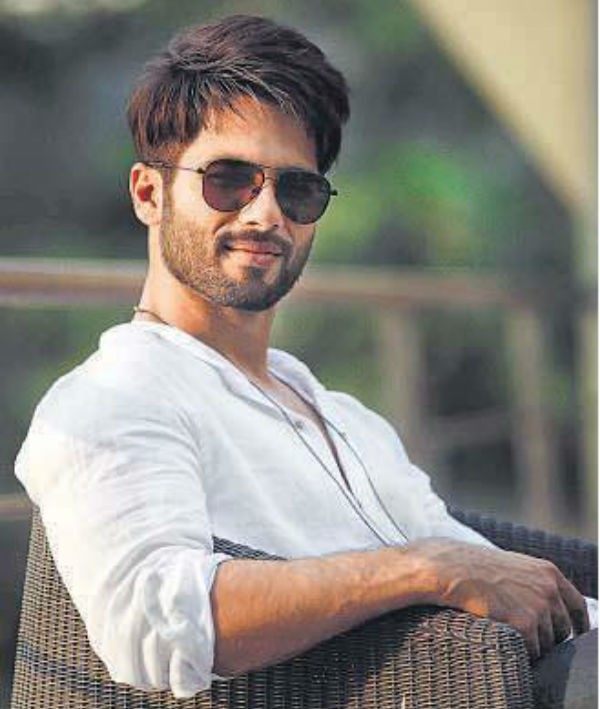 Born to actor Pankaj Kapur and Neelima Azeem, Shahid was born 25th February 1981 in Delhi. He studied and completed his primary education from Gyan Bharti School. His parents got divorced when he was three years old. Pankaj Kapur shifted to Mumbai, while Neelima Azeem continued to work as a dancer in Delhi. It is believed that Shahid was extremely close to his maternal grandfather and that the two shared a great relationship. Pankaj Kapur, who was then a struggling actor, would visit Shahid on his birthday every year. Shahid shifted to Mumbai with his mother when he turned ten. After coming to Mumbai, Neelima Azeem married actor and voice-over artist Rajesh Khattar, and the couple has a son, Ishaan Khattar. Shahid Kapoor continued to stay with Neelima and Rajesh until the couple got divorced in 2001. Stepbrothers Shahid and Ishaan continue to have a good rapport. Pankaj Kapur married Supriya Pathak and the couple has two children – Sanah Kapoor and Ruhaan Kapoor.

After coming to Mumbai, Shahid Kapoor joined Rajhans Vidyalaya and completed his secondary education, and graduated from Mithibai College. At the same time, he joined Shiamak Davar’s dance school. It was at the dancing institute that Shahid started working as a background dancer in Hindi films. While working in advertisements and song videos, he met Hrishitaa Bhatt whom he dated for a brief period of time. After entering Bollywood, the actor soon started dating his co-star Kareena Kapoor. The couple ended their three-year relationship during the shoot of Jab We Met. The actor also dated Priyanka Chopra for a short period of time, even though the two never publicly admitted to their relationship. Since then, Shahid has been linked with many of his co-stars including Vidya Balan, Sonakshi Sinha, and Shraddha Kapoor among many others. The actor got engaged on 14th January 2015 to Mira Rajput, whom he met at a get-together of Radha Soami Satsang Beas, a religious group. Mira Rajput, a third-year English (Honors) student from Delhi, is thirteen years younger to Shahid. The couple got married on 7th July 2015 in Delhi.

Shahid Kapoor showed a keen interest in dancing at a young age. After coming to Mumbai, he joined Shiamak Davar’s dancing institute. Shahid first worked as a background dancer in films Dil To Pagal Hai (1997) and Taal (1999). Soon, he started performing for multiple shows with Shiamak’s dance crew. During the end-of-the-year performance at Shiamak’s institute, Shahid was felicitated with a special award when he danced on Madonna’s ‘Vogue’ and ‘Golden Eye’, a song from a James Bond film. This encouraged him to take up dancing more seriously and became an instructor at the institute. Once Shahid accompanied his friend to an audition for a Pepsi advertisement. Instead, Shahid bagged the role and appeared in his first commercial along with Shah Rukh Khan, Kajol and Rani Mukerji. Thereafter, he appeared in many commercials and music videos. He appeared in Aryans’ music video of popular song ‘Ankhon Main’ along with Hrishitaa Bhatt. The producer of this video, Ramesh Taurani, noticed Shahid and asked him to work on himself for two years. Shahid, 20 years old at that time, started attending acting workshops of Naseeruddin Shah and Satyadev Dubey. Ken Ghosh had a script of a romantic film and was looking for a fresh face when Ramesh Taurani recommended him Shahid’s name. Ken signed Shahid for Ishq Vishk starring Amrita Rao, which released in 2004. The film was a winner at the box office, making Shahid a star over-night. In the same year, he won the Filmfare Award for ‘Best Male Debut’. After his first film, the actor appeared in series of films like Fida, Dil Mange More, Deewane Huye Paagal, and Shikhar, which did not do well at the box office.

In 2007, Shahid Kapoor gave one of his career best film with his co-star Kareena Kapoor- Jab We Met directed by Imtiaz Ali. His portrayal of a mature and quiet Aditya Kashyap was loved by the critics as well as the audience. Shahid appeared in a double role, essaying the characters of Charlie and Guddu, in the film Kaminey, which was directed by Vishal Bhardwaj. A box office hit and a critically acclaimed film, the critics lauded the rugged look of Shahid along with his chemistry with on-screen ladylove Priyanka Chopra. The actor played a role of a Squadron Leader in the film Mausam, which was directed by his father Pankaj Kapur. This is the first time where the father-son worked together for a film. Films like Teri Meri Kahaani and Phata Poster Nikhla Hero bombed at the box office. Released in 2014, Haider, directed by Vishal Bhardwaj, feautures Shahid essaying the role of Haider Meer that won him the Filmfare Award for ‘Best Actor’.

The actor was next seen in Shaandaar, that released in 2015, opposite Alia Bhatt, but it was unsuccessful at the box office. In 2016, he featured in Abhishek Chaubey’s Udta Punjab as a drug addicted rockstar Tommy Singh and received high acclaim from critics and audiences for his performance in the movie. In 2017, the actor was seen in Vishal Bhardwaj’s Rangoon alongside Saif Ali Khan and Kangana Ranaut, and Sanjay Leela Bhansali’s Padmavati co-starring Deepika Padukone and Ranveer Singh. Shahid Kapoor’s 2018 project includes Batti Gul Meter Chalu alongside Shraddha Kapoor.