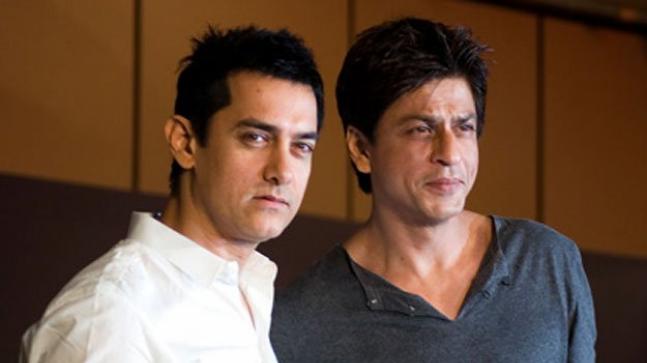 Shah Rukh on Thugs of Hindostan failure: People have been too harsh. It is heartbreaking

Much to everyone’s shock, Thugs of Hindostan, which starred Aamir Khan and Amitabh Bachchan, failed to light up on its Diwali release and was panned by critics. The film that was made on an extravagant budget of Rs 300 crore, is struggling to make it to even Rs 150 crore.

Shah Rukh Khan, who is Aamir’s friend in the industry, said it was heartbreaking and that people have been too harsh on the film. “I would like to say something. It’s a little personal and I don’t know whether it’s right to say it or not. This is something that’s saddened me and so I want to share it. When it happened to me personally, I wasn’t so sad, but this time I am.

Shah Rukh also said that Aamir and Amitabh have made a significant contribution to cinema in their career. “The greatest contribution to Hindi cinema in the last 10 years has been from Aamir, and with Amitji, it’s been even longer. Now if a film of theirs (Thugs of Hindostan) doesn’t reach the level that you expected it to, does it take away from what they have done for cinema? I think some people have been a little too harsh. It’s heartbreaking. It doesn’t mean that their spirit is broken, they are all amazing artistes who will bounce back.”

SRK added that people have been too hard on the film. “But one needs to be a little less harsh. I think Stree was fabulous and we need to make 20,000 films like that. But I also think that Thugs of Hindostan is fantastic. Sometimes we do go wrong, but Aamir has never done a film in which he hasn’t put in his best. I’ve known him for 20 years. And if there’s anyone who can put in even more effort than Aamir which Aamir will also agree it’s Amitji… and at this age! So they’ve come in with good hearts and great talent and tried to make a film which tries to open up a new genre.”

SRK also praised Aamir for attempting an action-adventure film like Thugs of Hindostan. “I may be speaking out of turn, but just like we have embraced Stree, we need to give some leeway to films like Thugs, that attempt something different. An adventure film has not been made in India in decades probably Parasmani (1963) in black and white was the last one.”

“Thugs has tried to introduce this genre and kabhi kabhi upar neeche ho sakta hai. But the fact remains that in our cinema, we haven’t made an Indiana Jones and screw the comparison yaar, humne Pirates of the Caribbean bhi nahin banayi. So props to them for the attempt,” he said.

Though Thugs of Hindostan opened on a staggering Rs 52 crore, its numbers plummeted by the weekend. Thugs of Hindostan managed to collect only Rs 5.50 crore (Hindi) and Rs 50 lakh (Tamil + Telugu) on Monday. The film earned a measly Rs 4.35 crore on Tuesday, and Rs 40 lakh for Tamil and Telugu, bringing its total collection to Rs 133.75 crore, so far.

Thugs Of Hindostan released across a staggering 7000 screens worldwide, and its ticket prices also witnessed a hike of at least ten per cent. Reportedly, the prices in multiplexes ranged from Rs 400 to Rs 1,500, while the average price in single screens went up to Rs 200.

However, due to negative word-of-mouth, audience didn’t turn up for many screenings. Several shows have been cancelled.
As if being panned by critics wasn’t enough, the entire film was leaked online in HD print by the piracy website TamilRockers. This also made a huge dent in the collection of the film.

Thugs Of Hindostan revolves around the “thugs” led by the fierce Khudabaksh (Amitabh Bachchan), who pose a threat to the John Clive-led East India Company in 1795 Hindostan. The British recruit Firangi Mallah (Aamir Khan) to infiltrate the band of rebels and get them the leader of the thugs.