The film starts off with Veer (John Abraham) burning a cop alive. It sets the tone for the rest of the film, which over a course of 2 hours and 20 minutes, does not deviate from the set path. Veer miraculously shows up every time a cop is committing a crime in various suburbs of the city. There is a twist in the story at mid-point, but even after the arrival of this unforeseen development, the screenplay stays focussed on the crusade against corrupt cops and setting them to flames. The narrative never changes gears from the cliched good versus evil scenario, while also doling out lessons on patriotism. The heavy-duty dialogues are written to play to the gallery, but more often than not they’re over employed and end up losing their intended impact. The rivalry between Manoj Bajpayee and John Abraham’s characters had a lot of scope, but the writing fails to explore it in a credible manner.

Director Milap Zaveri, also credited for the dialogue of Kya Kool Hain Hum 3 and Hate Story 4, has a dated concept of an action thriller. That immortal soul who hopes to disinfect the system of corruption by eliminating the corrupt, was a formula that worked in the South a few decades ago. But in 2018, it seems like a jaded remake that insults the audiences’ intelligence. Braving scene after scene where the culprit gets away from under the investigator’s nose — leaving the crime scene littered with compelling evidence, can be frustrating.

Kamal Haasan’s 1996 film, Indian had taken a similar approach where a commoner decides to eliminate the corrupt. Now, how about a film on a serial killer who jabs rickshaw drivers for refusing to ply? 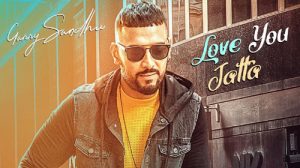