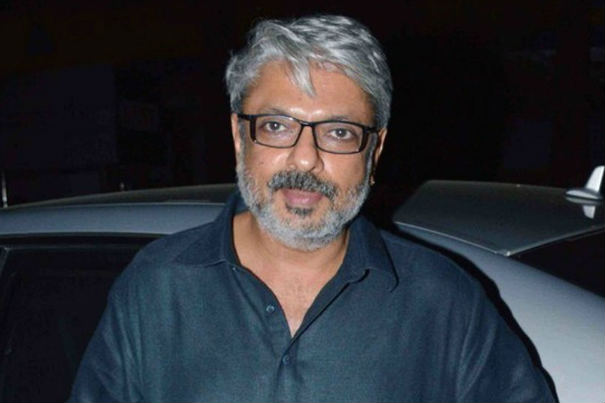 Born in Mumbai, India to Navin Bhansali, a producer in the Indian Film Industry and Leela Bhansali, a homemaker, Sanjay since childhood was influenced by the film fraternity. After graduating with a Bachelor’s of Commerce from Lala Lajpatrai College in Mumbai, he attended the Film and Television Institute of India, Pune, to pursue his passion for cinema.
Bhansali began his journey in the world of Bollywood by assisting Vidhu Vinod Chopra in movies like Parinda (1989), and 1942: A Love Story (1994).

Sanjay Leela Bhansali was in a relationship with the famous Bollywood choreographer Vaibhavi Merchant. The couple was apparently ready to tie the knot, but things didn’t work out between the two. Refraining from talking about the separation, Bhansali, said in an interview to a popular website, “There are some things in life which are beautiful and you want to retain the sanctity of that beauty. Those moments are mine. It’s important that I treat those moments with dignity as they are private moments. A relationship has to be given dignity whether you are in it or not. This is one side of my life that I will not talk about.”

As a Director
Sanjay Leela Bhansali made his directorial debut with the musical drama film Khamoshi: The Musical (1996), starring Nana Patekar, Manisha Koirala, Salman Khan, Seema Biswas and Helen in the lead. The movie followed the story of a daughter’s struggle in communicating with her deaf and mute parents. For the movie, the director took home the Critics Award for Best Film. After this critically acclaimed movie, he directed Aishwarya Rai, Salman Khan, and Ajay Devgan in the romantic drama film Hum Dil De Chuke Sanam (1999). The movie, with its signature Sanjay Leela Bhansali sets and visulas, became a huge commercial hit and bagged the Best Film Award at Filmfare Awards.
The year 2002 was particularly crucial was him, as he received the prestigious National Film Award for Best Director was his period drama film Devdas, based on the 1917 Sharat Chandra Chattopadhyay’s novel of the same name. Starring Shah Rukh Khan, Madhuri Dixit and Aishwarya Rai as the leads, the movie was India’s official submission for the Academy Award for Best Foreign Language Film, that year. His next directorial venture- Black, starred the Bollywood legend Amitabh Bachchan with Rani Mukerji. The movie which won Bhansali another National Film Award, followed the story of a deaf, blind and mute girl, and her relationship with her teacher, who later on develops Alzheimer’s disease.
Post giving back-to-back successful films, Bhansali’s next two projects, proved to be a box-office disaster. Saanwariya, which released in 2007, and was also the launch pad of Ranbir Kapoor and Sonam Kapoor, failed to generate favorable response. He then directed Aishwarya Rai Bachchan and Hrithik Roshan in the drama film Guzaarish, which also met with the same fate.
He redeemed himself with the film adaptation of Shakespeare’s Romeo and Juliet- Goliyon Ki Raasleela Ram-Leela (2013). The titular role was essayed by Ranveer Singh and Deepika Padukone, with an ensemble of supporting roles, played by Supriya Pathak Kapur, Richa Chadda, Sharad Kelkar, Gulshan Devaiah, Barkha Bisht Sengupta, and Abhimanyu Singh. For directing this blockbuster movie, Sanjay Leela Bhansali received the Filmfare Award for Best Director. In 2015, he directed another magnum opus in the form of Bajirao Mastani, which again starred the hit pair Ranveer Singh and Deepika Padukone in the title role, along with Priyanka Chopra in the lead. Chronicling the love story of the Maratha Peshwa Bajirao (1700-1740 AD) and his second wife Mastani, the movie opened to a very positive response, with Bhansali taking home the National Film Award for Best Direction.
His 2017 project includes the epic historic drama movie Padmavati, featuring Deepika Padukone as Rani Padmavati, with Ranveer Singh and Shahid Kapoor opposite her.

As a Music Director

He started his TV stint in 2006, by serving as a judge in the first season of Indian version of BBC’s Strictly Come Dancing, Jhalak Dikhhla Jaa. In 2011, he judged the Indian version of The X Factor, X Factor India, along with Shreya Ghoshal and Sonu Nigam. Bhansali then produced the Indian soap opera Saraswatichandra (2013) based on Govardhanram Tripathi’s novel of the same name.

Bhansali directed a stage opera, Padmavati (2008), which is an adaption of the 1923 ballet written by Albert Rousse. The show was first screened in Paris at the famous Théâtre du Châtelet and then at the Festival dei Due Mondi, where it received an overwhelmingly positive response.