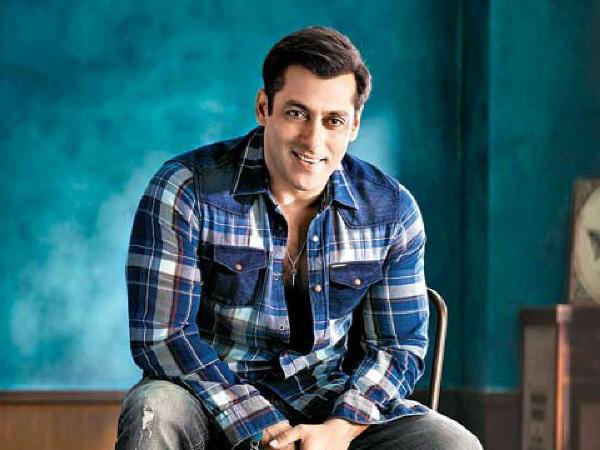 About
Salman Khan is a celebrated actor and amongst the biggest stars of Bollywood. Moody, caring and unpredictable by nature, Salman is a sought after hero in Bollywood today and completes the formidable Khan trio, alongside Aamir Khan and Shah Rukh Khan. He runs a charity non-profit organisation, Being Human.

Personal Life
He was born on 27 December, 1965 to Salim Khan and Salma Khan at Indore in Madhya Pradesh, India. Coming from a family with rich cinematic lineage, Salman’s father is Salim Khan is a renowned scriptwriter, while his stepmother Helen is a renowned Bollywood item dancer. Besides having two sisters, he also has two brothers, Arbaaz Khan and Sohail Khan, both are famous actors, directors and producers in Bollywood.

Complete with brawn, looks and charm, the dashing actor kick started his acting career in Bollywood with his debut as a supporting role in Biwi Ho To Aisi (1988). His first lead role in a Rajshri Productions’ Maine Pyar Kiya (1989) was a box office ripper that led to Salman’s potential as a fine actor to be recognized, as well as won him many awards. His next success came again, under the same director, in Hum Aapke Hain Kaun (1994), which remains as one of Indian cinema’s highest grossing films. While only a few of his films did not fare well, the majority have been box-office successes with rave reviews mixed with criticism. Some of them are:

Awards
Some of his prominent wins are the:

Despite a successful acting career, Salman Khan has lived a not-so-smooth personal life. Dogged by past controversies like the infamous case against him for rash and negligent driving under the influence of alcohol, that injured and even killed a person on a sidewalk outside a Mumbai bakery. The prison sentence in the Chinkara case for hunting an endangered species and his tumultuous personal relationships are some of his past controversies. Amongst the biggest stars in Bollywood, Salman Khan is well-settled in life now, and striving hard to reach his pinnacle of success in his illustrious acting career.