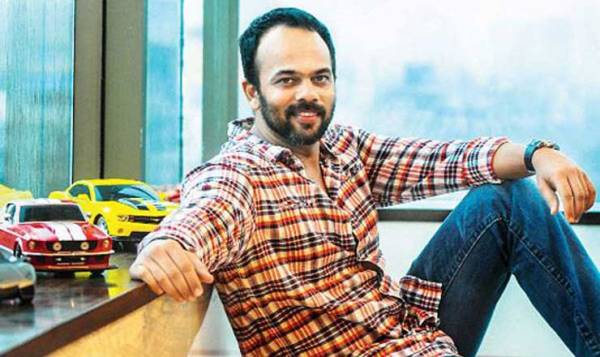 EARLY LIFE
Rohit is the son of Ratna, a junior Bollywood artist and movie stuntman Madhu.B Shetty. Born on 14th March 1973 in Mangalore, Karnataka, India, he was raised along with his four sisters and two brothers, Uday Shetty and Hriday Shetty. At the age of 14, he was inspired by the various films he saw and aspired to become a director. Rohit attended St. Mary’s School, Mumbai till the age of 17, after which he entered the film industry as an Assistant Director to Kuku Kohli.

MOVIE CAREER
At the age of 17, Rohit began his career as an assistant director on Kuku Kohli’s Phool Aur Kante (1991). He continued working with Kuku for the next few years and assisted him on movies such as Haqeeqat (1995) starring Ajay Devgn and Zulmi (1999). In order to gain more experience, he then worked with Anees Bazmee on the romantic-comedy Pyaar To Hona Hi Tha (1998), the war movie Hindustan Ki Kasam (1973) and Raju Chacha (2000).

Rohit directed his first feature, Zameen (2003), at the age of 30. The action film starring Ajay Devgn performed moderately at the box office. His following film, the comedy Golmaal: Fun Unlimited (2006) was a surprise box office hit and quickly gained a cult following. Tusshar Kapoor, one of the lead actors from the film earned his first IIFA Award for his performance as mute student Lucky Gill. The film has since been called iconic in modern Indian cinema. He then released the comic thriller Sunday (2008) featuring Ayesha Takia and Ajay Devgan. However Sunday was a box office bomb, disappointing high expectations following the success of Golmaal.

The same year saw the release of the highly anticipated sequel Golmaal Returns (2008). The second installment to the franchise included actors Shreyas Talpade and Kareena Kapoor with its original cast. Although the film did well commercially, grossing INR 720 million worldwide in its first week, it received negative reviews from critics and was widely panned.

In 2010, he directed his third installment of the series, Golmaal 3 and the critically acclaimed action film Singham (2011) with Devgan portraying a Police Inspector fighting corruption. Singham which paid homage to the action films of the 70’s was pronounced a super-hit, garnering universal critical appreciation. The portrayal of antagonist Jaikant Shikre performed by Prakash Raj was singled out for its excellence and resulted in his win of the IIFA Award for Best Performance in a Negative Role. The film has since become known for its well-choreographed stunts and power packed performances, earning Rohit the Stardust Readers Choice Award for Dream Director in 2012 and thus elevating him back to his status as an accomplished filmmaker. Rohit’s next venture was the comedy-drama Bol Bachchan (2012) starring Abhishek Bachchan and Ajay Devgn. The film was a box office hit throughout India. The following year he directed the movie Chennai Express (2013) starring Shah Rukh Khan and Deepika Padukone. The movie gained the title of highest-grossing Bollywood film in the domestic market and was the third highest grossing Bollywood film in the international arena at the time of its release.

In 2014, Rohit directed and co-produced Singham Returns followed by the release of the highly anticipated action-comedy Dilwale (2015). The latter reunited Shah Rukh Khan and Kajol. The film was a box office hit worldwide and resulted in Rohit’s first Filmfare nomination for Best Director. His 2017 release includes the movie Golmaal Again, the fourth installment of the Golmaal series, starring Ajay Devgn and Parineeti Chopra.

OTHER VENTURES
Rohit turned producer in 2014 with the formation of his own production house operating under the banner of Rohit Shetty Productions. Their body of work includes Singham Returns (2014) and Dilwale (2015).

T.V CAREER
Shetty has appeared as a judge on the television program Comedy Circus from 2009-2010. He has also hosted the 5th and 6th seasons of the stunt game show Fear Factor: Khatron KeKhiladi in 2014 and 2015, respectively.