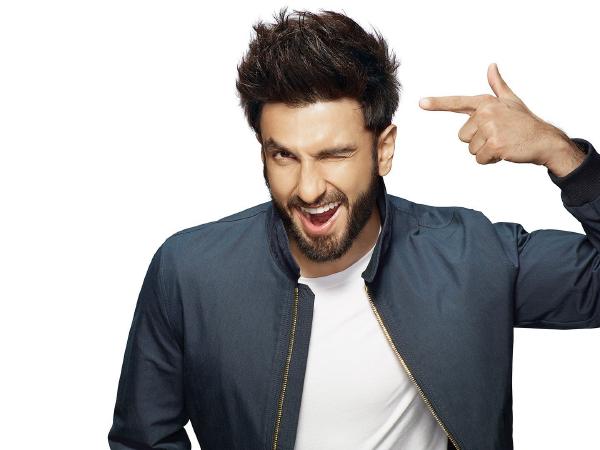 In the process, Ranveer has established himself both a serious actor and a bankable star – a fact underlined by the enormous box office receipts of some of his movies and the prestigious accolades he has won, which includes both Filmfare and IIFA Awards.

Ranveer Singh was born to Jagjit Singh Bhavnani, a cut surd, and Anju Bhavnani, a Sindhi, on the 6th of July, 1985 in suburban Mumbai. He lives with his parents and elder sister, Ritika Bhavnani, in Bandra. While in school, Learners Academy in Bandra, Ranveer took part in plays and debates, and loved performing. Once at a birthday party, on the request of his grandmother, he danced to the 1991 hit song ‘Chumma Chumma’, after which he realized that he wanted to become an actor. However, when he grew up, he figured that it wasn’t an easy task to bag a meaty or lead role in a Bollywood movie. He studied at Mumbai’s H. R. College of Commerce and Economics and shifted his interest to creative writing. He then went on to study arts at the Indiana University in Bloomington, where he also took up acting classes and chose theater as his academic minor.

Upon returning from the USA after graduating, he worked as a copywriter at O&M and J. Walter Thompson, only to realize that all he wanted to become was an actor. He then auditioned for various production houses but was not happy with the kind of roles that he was receiving. It was only in January 2010 that he received a call from one of the most successful casting directors, Shanoo Sharma, that changed his life forever.

Ranveer Singh has been very candid and open about his relationships even before he became a star. He has often spoken about the intimate and romantic affairs he had during his school and college days. After entering Bollywood, much was spoken about his alleged relationship with co-star Anushka Sharma. Although, nothing was confirmed he was constantly linked to Sharma, until reports of his budding romance with Deepika Padukone started surfacing.

Deepika Padukone and Ranveer Singh have never publicly accepted their relationship, but neither have they denied it. They are constantly in news be it for their posts on social media for one another, their public appearances together or voicing their thoughts about each other in interviews. They met on the sets of Ram-Leela and have reportedly been dating ever since.

Ranveer Singh did not start his career in the industry as an actor. He, in fact, worked as an assistant director on ad films with Shaad Ali. He later gave up direction and started auditioning for various roles. Despite being offered ads and minor roles in movies, he did not take them up waiting for a substantial enough offer. His patience paid off when he was called to audition for the lead role in YRF’s Band Baaja Baaraat. In his debut, he convincingly played the role of a Delhi-based slacker Bittoo Sharma opposite Anushka Sharma. Prior to the release, trade analysts said that the movie would flop but much to their surprise it was a hit and Ranveer garnered appreciation for his portrayal of Bittoo Sharma, and won the Filmfare for the Best Male Debut.

Following the success of Band Baaja Baaraat, Singh signed YRF’s project Ladies vs Ricky Bahl alongside Anushka Sharma, Dipannita Sharma, Parineeti Chopra and Aditi Sharma. Unlike his role in Band Baaja Baaraat, Ranveer played the character of a conman, who cons women after emotionally manipulating them. Apart from being the lead actor in the movie, Singh also rapped in the song Aadat Se Majboor. Two movies into the industry and Ranveer Singh bagged the lead role in Vikramaditya Motwane’s period romance Lootera opposite Sonakshi Sinha. Known for being overexcited otherwise, Ranveer toned down a lot for Lootera. Despite being critically acclaimed, the movie flopped at the box office but Ranveer received appreciation for his performance in the movie.

In 2013, Ranveer went on to work with Sanjay Leela Bhansali in his adaptation of Romeo and Juliet, Goliyon Ki Raasleela Ram-Leela, opposite Deepika Padukone, where he essayed the role of a happy-go-lucky Gujarati boy, Ram. The movie was a commercial success and turned out to be Singh’s highest grossing movie as on 2015. In his next movie, Gunday, he played the role of a Bengali gangster alongside Arjun Kapoor and Priyanka Chopra. His chemistry with Arjun Kapoor was much appreciated in the movie, so much so that they were nominated for the ‘Jodi of the Year’ at the Stardust Awards, which they won.

Later, Zoya Akhtar roped him for comedy-drama Dil Dhadakne Do in an ensemble cast including Anil Kapoor, Shefali Shah, Priyanka Chopra, Farhan Akhtar and Anushka Sharma. He played the role of a young man, Kabir Mehra, who belongs to a dysfunctional Punjabi family. He was noted and praised for his comic timing and his subtle performance.

Two years after Ram-Leela, Singh reunited with Sanjay Leela Bhansali when he was signed for playing Peshwa Bajirao in his epic romance Bajirao Mastani opposite Deepika Padukone and Priyanka Chopra. His performance was very well received and is considered to be one of his best acts. The movie not only was a commercial success but also won 14 awards at the 61st Filmfare Awards. Ranveer Singh won the Filmfare for Best Actor, despite Bollywood stalwarts Amitabh Bachchan, Shah Rukh Khan and Salman Khan being nominated in the same category. Bajirao Mastani is Ranveer Singh’s highest grossing movie as on 2016. Ranveer will be starring in Aditya Chopra’s Befikre. Chopra has always cast Shah Rukh Khan in the leading role for his movies but Singh has managed to bag the lead role opposite Vaani Kapoor, who was seen in Shudhh Desi Romance.