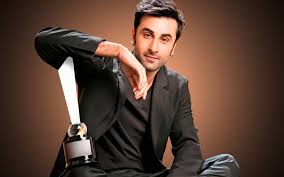 Following his schooling at Bombay Scottish School, Ranbir went to junior college at the HR College of Commerce and Economics. He then headed to New York to studying filmmaking at the School of Visual Arts. Citing the experience as fruitless, Ranbir then took up acting classes at the Lee Strasberg Theater and Film Institute. He soon returned to Mumbai to pursue an acting career.

PERSONAL LIFE
Ranbir’s parents Rishi and Neetu Kapoor are both actors, while his late grandfather was the legendary actor, producer and director Raj Kapoor. Kapoor’s late great grandfather is Prithviraj Kapoor, a pioneer of Indian cinema and theatre. His cousins Karisma and Kareena Kapoor, too, are actresses but his elder sister Riddhima Kapoor prefers to lead a non-filmy life, and works as an interior and fashion designer.

The actor’s personal life has been much talked-about ever since he shot to fame. In 2008, during the filming of Bachna Ae Haseeno, Ranbir got romantically involved with co-star Deepika Padukone. The two began dating, and the media was soon abuzz with engagement rumours. However, they parted ways after almost an year of being together.

Post his break-up with Deepika, Ranbir Kapoor became less open about his relationships, but after much media speculation, admitted to dating Bollywood superstar Katrina Kaif in an interview in 2015. In early 2016, reports said that the two had broken up.

In 2007, director Sanjay Leela Bhansali cast Ranbir Kapoor in Saawariya, where he played an artist who falls in love with a woman who doesn’t reciprocate his feelings. Although the film wasn’t too well received, Ranbir won the Filmfare Award for the Best Male Debut for his performance. He then went on to act in Yash Raj Films’ 2008 romantic comedy Bachna Ae Haseeno, along with Deepika Padukone, Bipasha Basu, and Minissha Lamba. The film went on to be a commercial success and was the first hit of the actor’s career. The following year, he starred in director Ayan Mukherji’s Wake Up Sid, Ajab Prem Ki Ghazab Kahani, and Rocket Singh: Salesman of the Year. Ranbir picked up a Critics Award for Best Actor for all three of the films, reinforcing his credentials as both an actor and a star. In 2010, Ranbir Kapoor delivered a stellar performance in Prakash Jha’s political thriller Raajneeti, and received a Filmfare Best Actor nomination for it. His next film Anjaana Anjaani, opposite Priyanka Chopra did not do too well at the box office, with Kapoor coming under criticism for a sub-par performance.

The actor quickly picked himself up with an award winning performance in Imtiaz Ali’s drama film, Rockstar, in 2011. The following, year his role in the rom-com Barfi! cemented Ranbir’s status as one of Bollywood’s leading stars. Barfi! is his first film to earn over a billion rupees at the box office, and the actor received a lot of praise for it. His role in Ayan Mukerji’s 2013 film Yeh Jawaani Hai Deewani saw him deliver one of his best performances of all time. The film earned over three billion rupees, ranking as one of Bollywood’s highest grossing films, ever.

However, a slew of disappointments followed Yeh Jawaani Hai Deewani. The action comedy Besharam (2013) proved to be a critical and commercial disappointment, and failed to live up to any of its hype. Following a year’s break, the actor appeared in the movies Roy, Anurag Kashyap’s Bombay Velvet, and Tamasha. Although he was nominated for a Filmfare Award for Best Actor in Tamasha, all these 2015 released films bombed at the domestic box office.

In 2016, Ranbir was cast alongside Anushka Sharma, Aishwarya Rai Bachchan and Fawad Khan in Karan Johar’s romantic drama Ae Dil Hai Mushkil. The movie was well-received and was declared a box-office hit. Following the success of Ae Dil Hai Mushkil, Ranbir was seen in Anurag Basu’s 2017 adventure comedy Jagga Jasoos, where he shared screen space with Katrina Kaif. In 2018, the actor essayed the titular role in the biographical drama Sanju, which was based on the life of actor Sanjay Dutt and directed by Rajkumar Hirani.