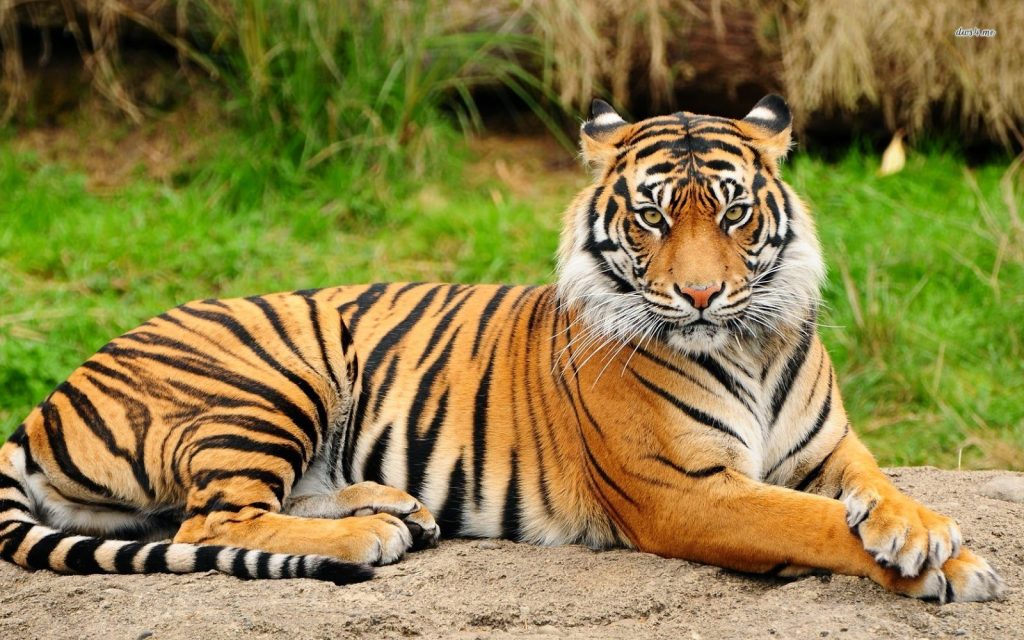 The Bengal tiger (Panthera tigris tigris) is a tiger population native to the Indian subcontinent. It is listed as Endangered on the IUCN Red List since 2008, and was estimated at comprising fewer than 2,500 individuals by 2011. It is threatened by poaching, loss, and fragmentation of habitat. None of the Tiger Conservation Landscapes within its range is considered large enough to support an effective population of more than 250 adult individuals. India’s tiger population was estimated at 1,706–1,909 individuals in 2010. By 2014, the population had reputedly increased to an estimated 2,226 individuals. Around 440 tigers are estimated in Bangladesh, 163–253 tigers in Nepal and 103 tigers in Bhutan.

The Bengal tiger ranks among the biggest wild cats alive today. It is considered to belong to the world’s charismatic megafauna. It is the national animal of both India and Bangladesh.It is also known as the Royal Bengal tiger.

The magnificent tiger, Panthera tigris is a striped animal. It has a thick yellow coat of fur with dark stripes. The combination of grace, strength, agility and enormous power has earned the tiger its pride of place as the national animal of India. Out of eight races of the species known, the Indian race, the Royal Bengal Tiger, is found throughout the country except in the north-western region and also in the neighbouring countries, Nepal, Bhutan and Bangladesh. To check the dwindling population of tigers in India, ‘Project Tiger’ was launched in April 1973. So far, 27 tiger reserves have been established in the country under this project, covering an area of 37,761 sq km.