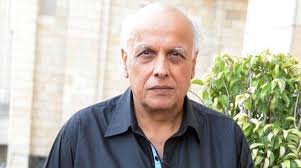 Mahesh was born in Bombay to Nanabhai Bhatt, a Hindu and Shirin Mohammad Ali, a Muslim. He completed his schooling from Don Bosco High School, Matunga. His parents separated when he was young and was solely raised by his mother. He went through various phases of beliefs, including following Osho and U.G. Krishnamurti.

Mahesh married Kiran Bhatt in 1970. The duo has two children Pooja Bhatt and Rahul Bhatt. After his separation with Kiran, he married actress Soni Razdan and has two daughters with her Shaheen Bhatt and Alia Bhatt.

Mahesh began his professional career in the industry at the age of 21 as Raj Khosla’s assistant. He made his first film Manzilein Aur Bhi Hain (1974) co-starring Kabir Bedi and Prema Narayan. The film is about two criminals and their relationship with a prostitute. The film did not fare well at the box office as the storyline was considered way ahead of its time. In 1979, Mahesh directed Lahu Ke Do Rang starring Shabana Azmi, Helen, and Vinod Khanna. The film received critical acclaim and generated revenue worth 31000000, winning two Filmfare Awards. Actress Helen also won her first Filmfare Award for best supporting actress and Madhukar Shinde was awarded for his Best Art Direction. In 1982, he directed Arth starring Shabana Azmi, Kulbhushan Kharbanda, Smita Patil, Raj Kiran and Rohini Hattangadi. The film was an account of his affair with Parveen Babi. In 1984, Mahesh directed Saaransh, starring the then-debutant Anupam Kher, Rohini Hattangadi, and Soni Razdan. It was chosen as India’s official entry for the 1985 Academy Award for Best Foreign Language Film.

One of the biggest releases of Mahesh’s career was Aashiqui (1990) starring Rahul Roy, Anu Agarwal and Deepak Tijori in the lead role. The film was one of the biggest hits of the 1990s. The following year he directed Dil Hai ki Maanta Nahin and Saathi. Both the films received critical acclaim.

In 1993, Mahesh directed Sir starring Atul Agnihotri, Pooja Bhatt, and Naseeruddin Shah. The film was a box office success and he received critical acclaim for his direction. The same year his film Hum Hai Rahi Pyaar Ke was released with Juhi Chawla and Aamir Khan in the lead roles.

Mahesh is known for his unusual style of filmmaking. Most of his films are based on real life references such as Zakhm (1988). The film ran into trouble with the censor board as the plot of the film revolved around the riots that took place in Mumbai in 1993.

Mahesh’s last film as a producer was Kartoos starring Sanjay Dutt, Jackie Shroff, and Manisha Koirala after which he changed his focus from filmmaking to retired from filmmaking Screenplay.

The 2018 release The Dark Side of Life: Mumbai City marks the acting debut of the filmmaker.

Mahesh directed a television show titled Daddy (1989). Pooja Bhatt made her debut with the show. The story revolves around a young girl’s relationship with her alcoholic father played by Anupam Kher.