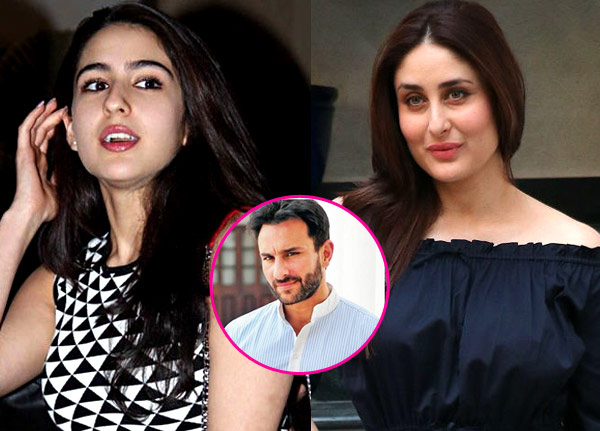 Kareena Kapoor on Sara Ali Khan's debut: Kedarnath will be a superhit

Sara Ali Khan is making headlines, courtesy her debut film Kedarnath. After months of waiting, the makers recently introduced the trailer of Kedarnath, and cinephiles can’t keep calm. If a few cannot stop comparing her to mom Amrita Singh, others are impressed with her screen presence.

Sara is set to make her debut opposite Sushant Singh Rajput in Abhishek Kapoor’s Kedarnath. A love story set against the backdrop of pilgrimage, Kedarnath is set to hit the screens on December 7.

Recently, Kareena Kapoor Khan was asked about Sara’s debut project. To which the actress replied, “I am quite sure that the film will be a super hit but irrespective of that, I think she is a born star.”

Sara and Kareena share a great camaraderie. Sara not only attended Saif and Kareena’s wedding in 2012 but has often been spotted bonding with the Jab We Met actress.

On Karan Johar’s chat show Sara recently opened up on her equation with Kareena. She said, “I feel that everybody has been very clear with me, vis-a-vis the equations. It has never been confusing. Kareena herself says, ‘Look, you have a great mother. What I want is for us to be able to be friends.’ My father also never said, ‘This is your second mother’ or made it uncomfortable in any way.”

On the work front, after Kedarnath, Sara will be seen in Rohit Shetty’s Simmba opposite Ranveer Singh.