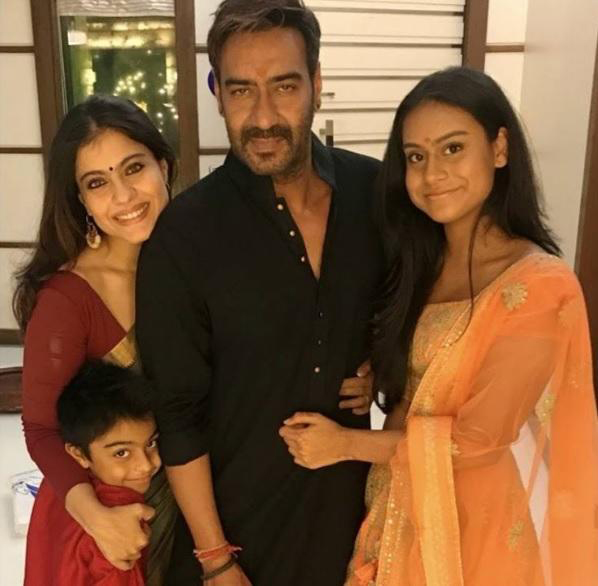 Kajol Biography
She has six Filmfare awards to her credit. Her maiden name is Kajol Mukherjee and after marriage she has become Mrs. Kajol Devgan. Though, her fans call her just Kajol. She holds the distinction of being the star who married when she was at the pinnacle of her career ( giving hit after hit) which does not happen in Indian Cinema.

Even her marriage and her becoming a mother could not erase her from the minds of her fans. She has successfully kept her star image like Hollywood heroines after marriage till her superhit comeback movie Fanaa in 2006. She is the first female actor to win the Filmfare Award as the best villain.

Kajol was born on August 5, 1975 in Mumbai. Her mother is the popular actress of yesteryears Tanuja who acted in Hindi films like Hathi Mera Sathi, Jewel Thief. The popular Bollywood actress Rani Mukherjee is her cousin. Her aunt Nutan and grandmother Shobhna Samarth were well known film actresses during their times.

At the age of 17 years she made her film debut as the leading lady in Bekhudi in 1992. The movie was not a success at the box office. Nevertheless, she went on to star in big banner movies. Her first big box office hit was Baazigar with Sharukh Khan. That movie gave Bollywood its new superhit on-screen couple. In 1995 she starred as Simran in the superhit Dilwale Dulhania Le Jayenge. Her movies Kuch Kuch Hota Hai (1998) and Kabhie Kushi Kabi Gam (2001) were major box office hits which made her number one heroine during that time.

She is married to movie star Ajay Devgan and they have a daughter. Kajol’s next film to hit the theaters is Main Tum Aur Hum.