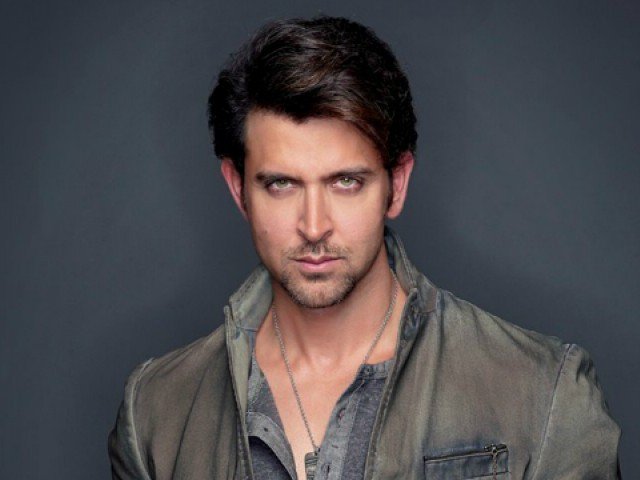 A sensational dancer himself, Hrithik Roshan served as a judge on the hit reality TV show Just Dance. In 2011, a life-size wax statue of the superstar was erected at the Madame Tussaud’s Wax Museum, London, making Roshan the fifth Indian actor to earn that honor.

Hrithik Roshan was born on 10th January 1974, in Mumbai, to Rakesh and Pinky Roshan. He studied at the Bombay Scottish School in Mahim, where he claims his stammering problem caused him a great deal of trauma. He often faked sicknesses to avoid going to school but slowly practiced his speech and grew in confidence. The third generation superstar attended Sydenham College and earned a bachelor of commerce degree, before he rejected a scholarship to study in the USA, in order to pursue his film career.

In the year 2000, the superstar got married to his childhood sweetheart Sussanne Khan, an interior designer, who is the daughter of actor Sanjay Khan, and sister of actor Zayed Khan. Between 2006 and 2008, the couple had two sons, namely Hrehaan and Hridhaan. However, in late 2013, Hrithik Roshan announced that the two were getting divorced. Their separation was finalized in November 2014.

Hrithik Roshan began his acting career as a child artist in his grandfather J. Om Prakash’s movie Aasha when he was just 6 years of age. He was cast in several other movies, many of which were made by his father and grandfather. Hrithik Roshan claims that he was the “good luck charm” in their movies. In the 1990’s, Roshan assisted his father on numerous movies like Khel and Koyla, where he swept floors and even served tea to the cast members.

In early 2000, Hrithik Roshan burst onto the scene with his spectacular performance in Kaho Na… Pyaar Hai, his debut as a lead actor. Directed by his father Rakesh Roshan, the film saw the actor playing a double role and earning praise from audiences and critics alike. Hrithik Roshan became an overnight sensation and the term “Hrithikmania” was coined to describe the waves he sent across the country. His ability to act, perform stunts, dance, and his good looks, ensured that he raised the bar of acting standards in the Bollywood industry.

Roshan achieved substantial success for his following movies like Fiza and Mission Kashmir, even being nominated for a Filmfare Award for the latter. His next mega-success came with Karan Johar’s family drama Kabhi Khushi Kabhie Gham, which went on to be one of Bollywood’s highest grossing movies of all time. Unfortunately for the actor, his next few movies like Aap Mujhe Achche Lagne Lage, Mujhse Dosti Karoge, and Main Prem Ki Diwani Hoon saw him going into a slump, with suspicion arising that his best days may have been behind him.

However, the superstar shot back to prominence with his family production Koi… Mil Gaya, where he plays a mentally challenged man who meets an alien on Earth. Hrithik Roshan won his first Filmfare Award since Kaho Na… Pyaar Hai and his performance went down as one of the most iconic ones in Bollywood history. The superstar followed it up with stellar performances in Lakshya, Krrish (a sequel to Koi… Mil Gaya), and Dhoom 2. Hrithik Roshan’s enactment of Mughal Emperor Akbar the Great in the movie Jodhaa Akbar cemented his legacy as one of India’s most versatile actors. His next few movies only did moderately well, but in November 2010, his performance opposite Aishwarya Rai Bachchan in Guzaarish earned him widespread praise. The following year, he starred in Zoya Akhtar’s Zindagi Na Milegi Dobara, which instantly became a cult film, earning a whopping 33 Filmfare Awards.

After a commendable performance in 2012’s Agneepath, a remake of the 1990 movie Agneepath, Hrithik Roshan resumed working with his family production, starring in the high-budget Krrish 3, in 2013. Roshan was himself involved in multiple aspects of the film’s production and Krrish 3 went on to earn around 3 billion INR, making it one of Bollywood’s most successful films of all time. His only release of 2016 is the Ashutosh Gowarikar-directed Mohenjo Daro.