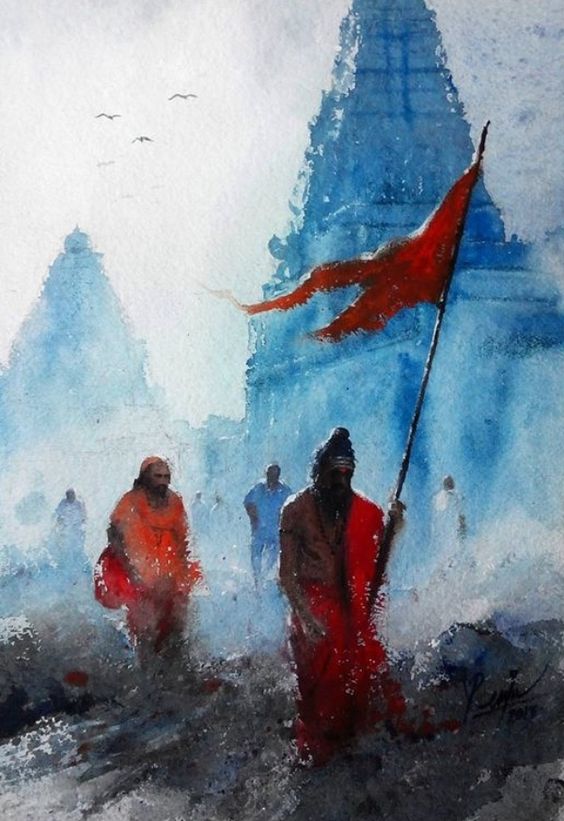 Hinduism is the world’s oldest religion. It has no beginning as it
predates recorded history.

Hinduism has no human founder.

The Vedas, the Upanishads, the Brahma Sutra, the Bhagavad Gita, the
Agamas, and the Puranas.

The ultimate goal of Hinduism is Moksha or liberation (total freedom).
This is the personal and direct realization of one’s true, divine
self, which grants permanent liberation from the cycles of rebirth, or
Samsara. This realization is termed Nirvikalpa Samadhi and is the
totally transcendent culmination of yoga. For monists, this means
total merger in oneness and identity. For dualists it means a loving,
blessed union with God in which the individuality of the soul is
maintained.

Hindu philosophy is essentially a philosophy of values. The values
are classified into four groups by Hindu sages. They are Kama (psycho
physical values), Artha (economic values), Dharma (moral values), and
Moksha (spiritual values). Moksha or liberation is the highest value
of the human life. The final destiny of all souls is union with the
Supreme, most widely revered as Shiva for Saivism, Sakti for Saktism,
Vishnu for Vaisnavism, and Brahman for Liberalism.

In the process of spiritual uplift one conquers the state of ignorance
(Avidya) which causes the world to appear as real. All illusion has
vanished for the realized beings (Jivanmukta).

A secondary goal for the Saivism is Savikalpa Samadhi or experience of
God Shiva as Sat-chid-ananda or pure consciousness.

A secondary goal for the Saktism is to perform good work selflessly so
that one may go to heaven after death and thereafter enjoy a good
rebirth on earth, for heaven is also a transitory state. For Saktas
God is both the formless Absolute (Shiva) and the manifest Divine
(Sakti or Godess Durga Kali). However the importance is given to the
feminine manifest by which the masculine unmanifest (Shiva) is
ultimately reached.

A secondary goal of Vaisnavism is the experience of God’s Grace which
can be reached while yet embodied through taking refuge in God’s
unbounded love. Lord Vishnu is God, all pervasive consciousness and
the soul of the universe.

Hinduism believes that each soul is free to find his own way to
liberation by following the path of devotion, austerity, meditation,
yoga, or selfless service. It values devotion (Bhakti), yoga,
devotional and contemplative spiritual practice (Sadhanas), and relies
strongly on the study, listening, and recitation of the Vedas, Agamas,
Gita, Upanishads, and other sacred scriptures.

The path for Saivism divides the spiritual progress of the soul into
four progressive stages of belief and practice, called Chariya, Kriya,
Yoga, and Jnana. The soul evolves through the process of
reincarnation, gradually maturing from the instinctive intellectual
sphere into virtuous and moral living. It then progresses into temple
worship and devotion, followed by internalized meditation, yoga, and
its disciplines. The sustained and consistent practice of yoga brings
union with God through the grace of the living true teacher (Sat Guru)
and culminates in the soul’s maturity, the state of wisdom (Jnana).

The spiritual practices in Saktism are similar to those in Saivism.
There is more emphasis on Sakti, God’s power as opposed to being, and
on embracing apparent opposites: male and female, absolute and
relative, pleasure and pain, cause and effect, mind and body. A minor
sect undertakes Tantric practices, consciously using the world of form
to transmute and eventually transcend that world.

Orthodox Vaishnavites believe that religion is the performance of
devotions (Bhakti Sadhana), that man can communicate with and receive
the grace of Lord Vishnu who manifests through the temple deity or
idol. Both of the paths, the path of activities (Karma Yoga) and of
knowledge (Jnana Yoga) lead to devotions (Bhakti Yoga). By chanting
the holy names of Lord Vishnu’s incarnations (Lord Rama or Lord
Krishna) and total self-surrender to Him, liberation is attained.

Most Liberal or Smarta Hindus believe that Mukti is achieved through
Jnana yoga alone which is defined an intellectual and meditative.
Devotees may also choose from three other paths (Bhakti yoga, Karma
yoga, and Raja yoga) to acquire good karma, cultivate devotion, and
purify the mind. This non-sectarian sect follows the Advaita Vedanta
philosophy of Adi Shankara. Their worship includes a wide range of
deities.

Historically Hinduism has developed over about 4,000 years and has no
single founder or creed. Rather, it consists of a vast variety of
beliefs and practices. Organization is minimal and hierarchy
nonexistent. In its diversity, Hinduism hardly fits most Western
definitions of religion, rather, it suggests commitment to or respect
for an ideal way of life, known as Dharma.

Hinduism is a vast and profound religion. It worships one supreme
Reality (called by many names), teaches that all souls ultimately
realize truth. There is no eternal hell or damnation. It accepts all
genuine spiritual paths, from pure monism (God alone exists) to
theistic dualism (when shall I know His Grace?). Each soul is free to
find his own way, whether by devotion, austerity, meditation, yoga, or
selfless service.

Stress is placed on temple worship, scripture, and the master (Guru)
and disciple (Shishya) tradition. Festivals, pilgrimages, chanting of
holy hymns, and home worship are dynamic practices. Hinduism explains
that the soul reincarnates until all karma is resolved and the
realization of God is attained. The magnificent holy temples, the
peaceful piety of the Hindu home, the subtle metaphysics, and the
science of yoga all play their part. Love, nonviolence, good conduct,
and the law of Dharma define the Hindu path. Hinduism is a mystical
religion, leading the truth within, finally reaching the pinnacle of
consciousness where man and God are one.

Caste System: The ancient texts suggest four great classes, or
castes, the Brahmins or priests, the Kshatriyas or warriors and
rulers, the Vaisyas or merchants, and the Sudras or peasants and
laborers. Some of the Sudras are classified as Untouchables, which
includes those whose occupations require them to handle unclean
objects. The classical works on man’s duty (Dharma) specify the
distinct roles each caste is expected to play in the ideal society.
Besides the duties that are derived from an individual’s caste,
general duties (Sanatana-dharma) are also incumbent on all moral
beings. These include honesty, courage, service, faith, self control,
purity, and nonviolence.

Stages of Life: The classical works also outline four ideal stages
(Asrama) of life, each with its own duties:

Householdership (Grihasthya): raise family, provide support, and
take part in the uplift of the society (25 – 50 years)

Renunciation (Samnyasa): give up the attachment to all worldly
things and seek spiritual liberation (75 – 100 years)

These ideal castes and stages encompass males only. The position of
women in Hinduism has always been ambiguous. On one hand, they are
venerated as a symbol of the divine, on the other, they are treated as
inferior beings. Women were traditionally expected to serve their
husbands and to have no independent interests. Recent movements
within Hinduism, such as the Brahmo Samaj, have succeeded in altering
this situation.

Hindu Deities: Hindus believe that the universe is populated by a
multitude of gods. These gods share to some extent the features of
the Godhead but are seen as behaving much as humans do and as being
related to each other as humans are. This view is similar to that of
the ancient Greeks. The sets of gods recognized by the different
sects are not mutually exclusive.

The supreme gods Brahma, Vishnu, and Shiva and some of the other gods
such as Rama and Krishna are often viewed as activated through their
relationships with female deities. These female consorts to the
deities are called Shakti. Some other well known gods are said to be
related to other gods, such as Ganesha, the elephant-headed god, a son
of Shiva and Parvati. Hanuman, the monkey-faced god, is a faithful
disciple of Lord Rama. Kali or Durga, is Shiva’s consort.

One, all pervasive Supreme Being who is both imminent and
transcendent, both Creator and Unmanifest Reality.

The universe undergoes endless cycles of creation, preservation, and
dissolution.

All souls are evolving towards a union with God and will ultimately
attain spiritual knowledge and liberation from the cycle of rebirth.
Not a single soul will be eternally deprived of this destiny.

Karma is the law of cause and effect by which each individual creates
his own destiny by his thoughts, words, and deeds.

The soul reincarnates, evolving through many births until all karma
has been resolved.

Divine beings exist in unseen inner worlds and temple worship rituals
and sacraments, as well as personal devotions, create a communion with
the gods (Devas) and Gods.

A spiritually awakened master (Sat Guru) is essential to know the
transcendent absolute, as are individual discipline, good conduct,
purification, self inquiry, and meditation.

All life is sacred and to be loved and revered, in the practice of
nonviolence (Ahimsa).

No particular religion teaches the only way to salvation above all
others, but all genuine religious paths are facets of God’s pure love
and light, deserving tolerance and understanding. 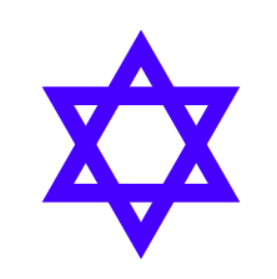