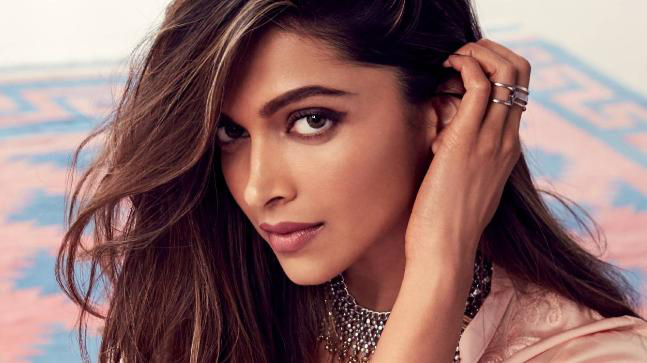 In the course of an illustrious career that has had its share of ups and downs, she has evolved from a promising starlet to a gifted actress who can effortlessly segue between genres and characters of various shades. Along the way, she has also given us a number of memorable, award-winning performances in well-received movies like Cocktail (2012), Goliyon Ki Rasleela Ram-Leela (2012), Piku (2015), Tamasha (2015) and Padmaavat (2018).

One among the highest paid actresses in India, Deepika’s soaring popularity has also earned her a place in the collective consciousness of the global audience, courtesy of the Hollywood blockbuster: Return of Xander Cage (2017). Therefore, it doesn’t come as a surprise that the celebrated artist was named in Time magazine’s list of 100 most influential people in the world in 2018 and is also the most followed Asian woman on twitter.

Born on 5th January 1986, Deepika Padukone is the daughter of Ujjala Padukone and former international badminton player Prakash Padukone, A year after Deepika’s birth, she and her family moved to Bangalore, India. She studied at Sophia High School and completed her junior college from Mount Carmel College. Deepika Padukone first appeared in an advertising campaign at the age of eight. She was a national level badminton player as well as a state level basketball and baseball player. She has admitted to having been socially awkward in her school days and to have focused on primarily on sports and her education. However, in the 10th standard, Deepika quit badminton and took up fashion modeling seriously.

In 2004, while studying for her Bachelors of Arts degree from the Indira Gandhi National Open University, Deepika dropped out to pursue her modeling career. In 2005, she won Model of the Year at the Kingfisher Fashion Awards. A few years later, she moved to Mumbai to stay with her aunt and gained huge popularity for appearing in Himesh Reshammiya’s “Naam hai Tera” music video. This resulted in director Farah Khan taking note of Deepika and signing her on for Happy New Year, which got shelved in favour Om Shanti Om.

Deepika Padukone’s father, Prakash Padukone, is a former international badminton player and her grandfather was the secretary of the Mysore Badminton Association. Her mother, Ujjala, is a travel agent and her sister, Anisha, is a golf player, who plans to lead a non-filmy life. The actress says that she has a great relationship with her family and visits them in Bangalore as often as she can. Staying alone in a flat in Prabhadevi, Mumbai, Deepika Padukone practices Hinduism, often visits temples, and believes that religion is an important aspect of her life.

One of Bollywood’s leading actresses, Deepika Padukone started dating co-star Ranbir Kapoor in 2008, during the filming of Bachna Ae Haseeno. She even sported a tattoo of Kapoor’s initials ‘RK’, on her neck. The two soon broke up, after Ranbir Kapoor reportedly cheated on her, leaving her angry and betrayed. They, however, claim to be on good terms together and have worked on several films with one another, since.

The actress was also involved with business mogul Vijay Mallya’s son Siddharth Mallya until they broke up in early 2012. Deepika was even reportedly gifted a luxury home Prabhadevi by him, worth around 16 crores.

Although she is often seen around Ranveer Singh, Deepika Padukone hasn’t admitted to being in a relationship with him. The two stars have worked together on many films and just claim to enjoy one another’s company.

In 2006, Deepika Padukone made her acting debut with the Kannada film Aishwarya, where she played the lead character, Aishwarya. Her next release was director Farah Khan’s hit film Om Shanti Om, where she delivered a highly-acclaimed performance opposite Shah Rukh Khan, an actor Deepika has always admired. The actress bagged a Filmfare Award for the Best Female Debut and was also nominated for the Best Actress Award.

Her next few movies, however, didn’t win her much praise. Bachna Ae Haseeno, although a commercial success, saw the actress getting several negative reviews, and her role in the flop comedy film Chandni Chowk To China was also dismissed as sub-par. Although her film Love Aaj Kal, opposite Saif Ali Khan, was received with much more praise than her previous two films, her roles in subsequent films like Karthik Calling Karthik, Houseful, Lafangey Parindey, Break Ke Baad, Khelein Hum Jee Jaan Sey, Aarakshan, and Desi Boyz saw Deepika Padukone go into a slump.

The Bollywood actress’ career took a turn for the better in 2012, with the hit film Cocktail. She earned several plaudits for this film and earned a reputation as an actress who looks good and can also act well. The superstar then went on to act in several successful films like Race 2, Yeh Jawaani Hai Deewani, Chennai Express, Goliyon Ki Raasleela Ram-Leela, the off-beat Finding Fanny, and Tamil film Kochadaiiyaan, in which she acted opposite the legendary Rajinikanth. In 2015, Deepika Padukone starred in Piku, a comedy with an underlying feminist tone, in synchronization with Deepika’s real life beliefs. The Bollywood star then reunited on-screen with Ranbir Kapoor in the unconventional film Tamasha. Later that year, Deepika Padukone, with her alleged partner Ranveer Singh, and Priyanka Chopra, starred in the highly-acclaimed historical drama film Bajirao Mastani. Her first release of 2017 is her Hollywood debut XXX: The Return of Xander Cage, opposite Vin Diesel. Her 2017 Bollywood releases include Sanjay Leela Bhansali’s period drama Padmavati co-starring Ranveer Singh and Shahid Kapoor, and a special appearance in Dinesh Vijan’s Raabta.