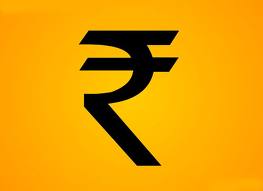 In 2010, a new rupee symbol ‘₹’, was officially adopted. It was designed by D. Udaya Kumar. It was derived from the combination of the Devanagari consonant “र” (ra) and the Latin capital letter “R” without its vertical bar (similar to the R rotunda). The parallel lines at the top (with white space between them) are said to make an allusion to the tricolour Indian flag, and also depict an equality sign that symbolizes the nation’s desire to reduce economic disparity. The first series of coins with the new rupee symbol started in circulation on 8 July 2011. Before this, India used Rs for plural and Re to depict one rupee.

On 8 November 2016 the Government of India announced the demonetization of ₹500 and ₹1,000 banknotes with effect from midnight of the same day, making these notes invalid. A newly redesigned series of ₹500 banknote, in addition to a new denomination of ₹2,000 banknote is in circulation since 10 November 2016. ₹1,000 has been suspended.

On 25 August 2017, a new denomination of ₹200 banknote was added to Indian currency to fill the gap of notes due to high demand for this note after demonetization.

In July 2018, the Reserve Bank of India released the ₹100 banknote.