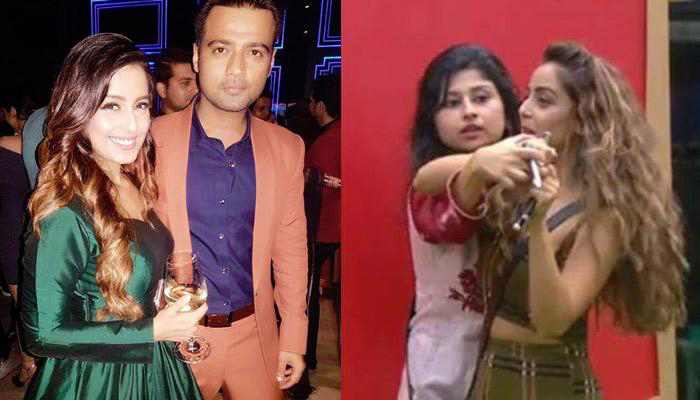 Bigg Boss 12 is finally heating up with contestants revealing their true faces. We know for a fact that physical violence is banned inside the house. In last night’s episode, Saba Khan and Srishty Rode were involved in a task and both the girls were going for the win. In a shocking move, Saba pushed Srishty who fell to the ground. Bigg Boss declared that both the girls were henceforth uneligible for the captaincy of the house. The violence was condemned by the other house members like Karanvir Bohra, Dipika Kakar and others. Srishty’s boyfriend, Manish Naggdev wrote on Twitter that he was shocked by what he saw. He stated that his ladylove is being constantly provoked to react to situations. Manish also said that Srishty had one true friend inside the house, which was Sreesanth and everyone sent him away.

Last night, we saw that Sreesanth took Srishty’s side from the secret room after he felt that Dipika Kakar and Nehha Pendse were isolating her from the rest. Srishty spent her time crying in the bathroom when she came to know about it