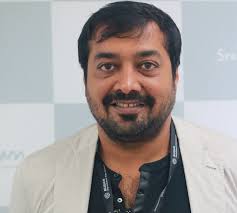 Born on September 10, 1972, Anurag Kashyap grew up in Gorakhpur, Uttar Pradesh. His mother was a housewife and succumbed to Tuberculosis, while his father worked at the Obra Thermal Power Station as a Deputy General Manager. Kashyap did his early schooling from Green School Dehradun and later he completed his schooling from Scindia School in Gwalior. Both his siblings, younger brother Abhinav Kashyap, and sister Anubhuti are filmmakers as well. Abhinav has written and directed films such as Dabangg (director), Manorama Six Feer Under (writer), and Gabbar Singh (writer). Anubhuti, on the other hand, has assisted Anurag in most of his movies.

Kashyap primarily wanted to become a scientist and so he enrolled himself at the Hans Raj College (University of Delhi), to pursue zoology. However, after he graduated in 1993, he joined a street play group, Jana Natya Manch. In the same year, some of Kashyap’s friends urged him to watch the de Sica retrospective at the International Film Festival of India. Vittoria De Sica is one of the most influential directors in the history of world cinema, who was a prominent promoter of the neorealist movement. Kashyap went on to watch 55 movies in 10 days at the festival, and it was Victoria De Sica’s Bicycle Thieves that influenced him the most.

It was the International Festival of India (1993) that sowed the seeds for Kashyap’s desire to be a filmmaker. As soon as the festival concluded, Kashyap decided to go Mumbai with only INR 5000 in his pocket. However, after he reached Mumbai, Kashyap soon ran out of money and he spent months on the streets, sleeping on benches and staying in lofts. He somehow managed to join the Prithvi Theatre and soon became part of a play as well. Unfortunately, his first play remained incomplete as the director of the play passed away.

In 1995, an acquaintance introduced Kashyap to the film director, Shivam Nair. On the very same day that they met, Kashyap and Nair watched the 1976 Martin Scorsese movie, Taxi Driver. The movie inspired Kashyap to write something. He soon got a chance to rewrite a script (movie: Auto Narayan) that was initially written by Shiv Subramaniam. However, the movie eventually got scrapped. Further, Kashyap faced another disappointment in 1997 when Hansal Mehta’s first movie, Jayate, for which Kashyap wrote the screenplay, failed to get a theatrical release. At the same time, he also wrote the episodes of the TV series Kabhie Kabhie.

It was in 1998 that the then-struggling actor Manoj Bajpayee suggested Kashyap’s name to Ram Gopal Varma. RGV was impressed with Anurag’s work on Auto Narayan and soon hired him to write the script for his film Satya (1998). Kashyap co-wrote the script with Saurabh Shukla, and the movie went on to become one of the biggest blockbusters of Indian cinema. The following year he again teamed up with Ram Gopal Varma for the film Kaun (1999) and also wrote the dialogues for Shool (1999) starring Manoj Bajpayee and Raveena Tandon. In the same year, he made a short film for television, Last Train to Mahakali.

After assisting and writing movies, Kashyap finally made his directorial debut with the movie Paanch, which was inspired by the Joshi-Abhyankar murders of 1976. However, the Censor Board of Film Certification did not pass the movie; citing it to be an unhealthy entertainment because it was unapologetic towards sex, drugs and that it would misguide the alienated youths. The movie was cleared by the Board in 2001 but remains unreleased owing to the problems faced by the producers. Post 2001, Kashyap wrote dialogues for many movies including Yuva (2004), Water (2005), and Mixed Doubles (2006).

Kashyap’s mediocre career as a filmmaker suffered another loss as his next movie, Black Friday, based on the 1993 Bombay Blasts, did not receive a theatrical release owing to the sensitivity of the subject. However, the movie received international recognition and accolades, and eventually was released in India in 2007. Black Friday marks Anurag’s official debut as a director in Bollywood and remains to be one of the most brilliantly crafted movies of Indian cinema.

Following the success of Black Friday, Kashyap released No Smoking (2007), a surrealistic thriller about a chain-smoker who gets trapped in the maze of a person who promises will make him quit. The movie starred John Abraham, Ranvir Shorey, Ayesha Takia, and Paresh Rawal, and received a negative reception at the box office. In the same year, he also directed the animated movie, Return of Hanuman.

In 2009, Kashyap directed two movies: Dev.D, and Gulaal. The former is a modern take on Saran Chandra Chattopadhyay’s novel Devdas and starred Abhay Deol, Kalki Koechlin, and Mahie Gill. The movie was declared as a hit at the box office and received positive reviews from the critics. However, his second release of the year, Gulaal, a political thriller, was a commercial failure but the movie was critically acclaimed. In the next year Kashyap was part of an anthology film, Mumbai Cutting; being one of the 11 directors, he directed a short story in the movie.

Kashyap’s next directorial venture, The Girl in Yellow Boots (2011), starred Kalki Koechlin and generally received positive reviews in India. Shot in a mere 13 days, the movie was screened at various international film festivals including 67th Venice Film Festival, London Film Festival, 2010 Toronto International Film Festival, and Indian Film Festival of Los Angeles. By 2011, Kashyap had already established himself as an off-beat director and was hailed as the torch bearer of indie films in India. Continuing with his style of film-making, in 2012 Kashyap released one of his most ambitious projects, Gangs of Wasseypur. The five-hour crime saga based on the coal mafia of Dhanbad, a city in Jharkhand, received rave reviews internationally. The movie was released in two parts – Gangs of Wasseypur I, and Gangs of Wasseypur II – in India and was declared as a super hit. Staying true to his gritty direction and story-telling, Gangs of Wasseypur is considered Kashyap’s masterpiece. The movie also marked the arrival of actor Nawazuddin Siddiqui, who was highly praised for his role as Faizal Khan.

In 2013, Kashyap directed a short film, That Day After Everyday, which highlighted the-the issues women face in their day-to-day life. The film was released on Youtube and featured Radhika Apte, Sandhya Mridul, and Geetanjali Thapa. The movie received over 4 lakh views in two days. Kashyap said, “..the idea was not to offer a solution, just show something to create that feeling.” Kashyap was then part of another anthology film Bombay Talkies (2013). The movie also featured stories directed by Karan Johar, Dibakar Bannerjee, and Zoya Akhtar. Soon, Anurag Kashyap once again found himself in a tiff with censor board as his next movie, Ugly (2014), was not passed by the censor board as he was against displaying the message “Smoking is Injurious to Health”, during smoking scenes in the movie. The movie that received a standing ovation at the Cannes Film Festival in 2013 was released in India in December 2014 and received positive reviews. He also worked as a creative director for the TV series, Yudh, which starred Amitabh Bachchan.

Kashyap’s next movie, Bombay Velvet (2015), was seen as his dream project and was one of the most anticipated movies of 2015. A period film set in 1960s Bombay, starred Ranbir Kapoor, Anushka Sharma, and Karan Johar. The movie was co-edited by the Academy Award winner, Thelma Schoonmaker. Although much was expected from the movie, it failed to impress the audience and turned out to be a box office failure.

In 2016, Kashyap will be releasing his next movie, Raman Raghav 2.0, which is inspired by the life of the notorious serial killer, Raman Raghav. Nawazuddin Siddiqui, who plays the role of Raman Raghav, received a standing ovation at the Cannes Film Festival 2016.

In 2013, Anurag Kashyap Films produced the critically acclaimed movies, The Lunchbox, and Shahid; the former was also nominated for a BAFTA Award for Best Film Not in the English Language. He also co-produced five short films – Moi Marjaani,Chai, Hidden Cricket, Geek Out and The Epiphany, based on the theme, ‘India is Visual Journey’. Kashyap later teamed up Karan Johar’s Dharma Productions for the movie Hasee Toh Phasee(2014), and also co-produced the movie Queen (2014), which won the National Film Award for Best Film. In 2016, Kashyap co-produced the highly controversial movie Udta Punjab. After the movie was not cleared by the Censor Board initially owing to the drug abuse depicted, the movie was cleared by the Bombay High Court with just one cut. The following year he produced Vikramaditya Motwane’s survival thriller, Trapped.

Apart from being a producer and actor, Kashyap has made cameo appearances in several movies including Black Friday (2007), Tera Kya Hoga Johnny (2008), Luck By Chance (2009), Dev.D (2009), and Happy New Year (2014) . He made his full-fledged acting debut with the movie Shagird (2011) – Kashyap portrayed the role of the antagonist Bunty Bhaiya. Kashyap will soon be seen in a comic role in the movie Ghoomketu,produced by Phantom Films. Kashyap again played the antagonist in the 2016 movie Akira.

In 2009, Kashyap started his production company, Anurag Kashyap Films, which is run by Guneet Monga. Udaan (2010), his first venture as a producer turned out to be a huge hit at the box office. He later produced movies such as Shaitan (2011), Aiyyaa (2012), and Luv Shuv Tey Chicken Khurana (2012).