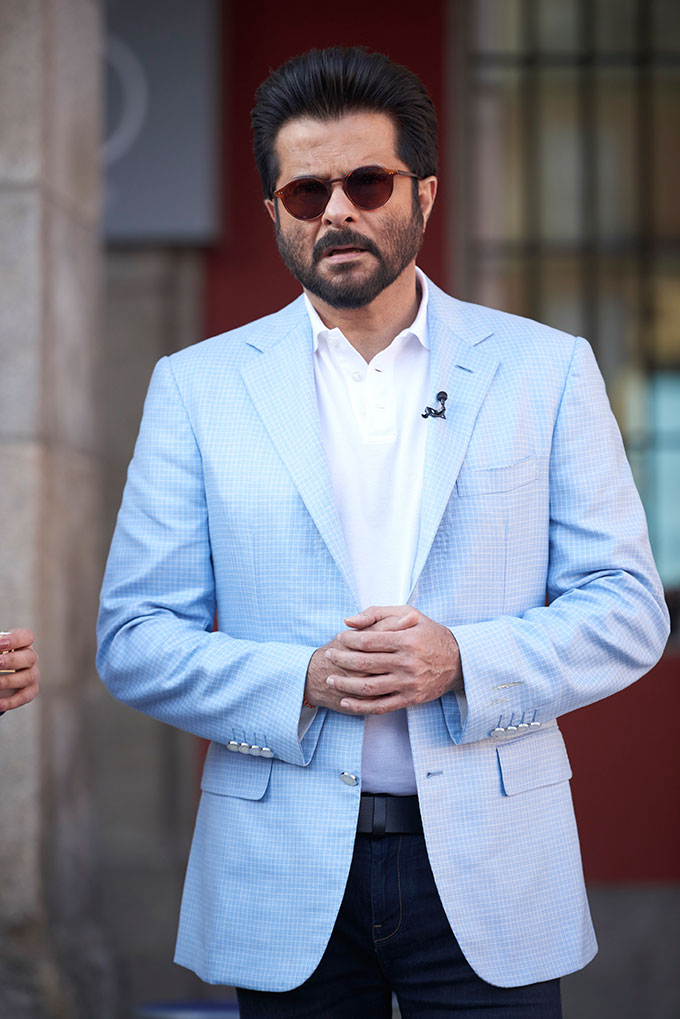 Anil Kapoor is a well-known Indian actor who has been associated with Bollywood for more than 40 years and also did international films and television series. He has also been a producer since 2005.

He was born in Chembur, a suburb of Mumbai on 24 December, 1959. Born in the family of film makers, Anil acquired a graduate degree from the Film and T.V Institute of India (FTII) in Pune. Both his father Surinder Kapoor and brother Boney Kapoor had been film producers. His younger brother is also a Bollywood actor and sister-in-law Sridevi has been a Bollywood star during the 1980s and 1990s. He is married to Sunita Kapoor and the couple has three children.

Career
He started his film career in 1979 with few minor roles in movies like Hamare Tumhare (1979), Hum Paanch (1980) and Shakti (1982). Woh Saat Din was his first leading role in Hindi films where his performance was highly acclaimed. Anil won his first Filmfare Award for the best supporting role in the film Mashaal with the legendary Bollywood actor Dilip Kumar. His huge box office hit was Mr. India opposite Sridevi and Amrish Puri in 1987.

In Mr. India, Anil Kapoor played the role of a music teacher looking after orphan children; a scientific discovery of his father empowered him with a gadget which could turn a person invisible. Mr. India was followed by a series of hit movies opposite Madhuri Dixit like Tezaab, Ram Lakhan and Parinda. In 1992, his role in Beta earned him his second Filmfare Award for the Best Actor.

After a few flops, he returned with hits like Virasat and Judai. Virasat won him the Critics Award for Best Performance in the year 1998. Anil Kapoor won his first National Award in Best Actor category with the film Pukar (2000). In this film he played the role of a patriotic Major who became a victim of political conspiracy. Some of the hits are No Entry, Salaam-e-Ishq, race, Slumdog Millionaire, Race 2 and Shootout at Wadala. He has also worked in Hollywood movies like Mission: Impossible – Ghost Protocol and Power. He also starred in the American television series 24, in its eighth season.

A Few of the memorable films of Anil Kapoor