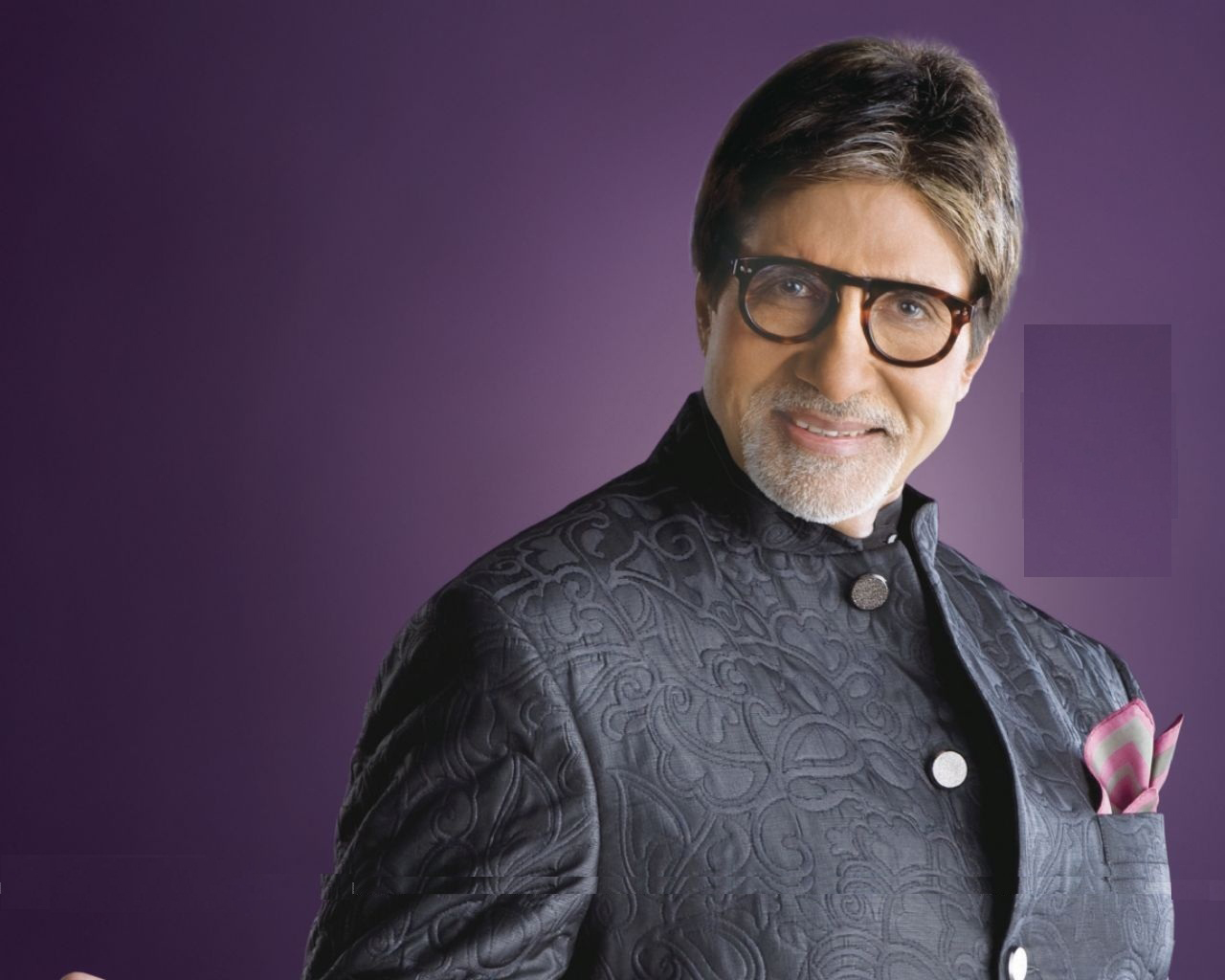 Amitabh Bachchan, 76, has been working in show business for almost 50 years and there are no signs of stopping him.

The star feels the day he feels it is enough it will be the “defeat of his creative abilities”.

“Women, children and the weaker sections of our society are the most vulnerable.

Why do birthdays annoy you so much?

Such an unnecessary fuss! It’s just another day in the life of another person! What’s the big deal?

What would be the ideal birthday for you? Perhaps a day spent away from attention?

Yes, that would be ideal .. but I would like to have my family with me .. particularly my grandchildren.

For years and years you’ve been living a life devoted to others — and I am one of the privileged beneficiaries. Do you sometimes feel, ‘Ab bahot ho gaya. Ab mujhe khud ke liye jeena hai’?

But there’s only this much that you can do in one life.

Yes, there shall always be limitations to our abilities, but to admit that without effort, would be devastating.

I believe we learn each day of our living life. Giving up on it would mean, giving up on living.

I would wish to keep learning each day of my life. And I do know and realise that even that would never be enough.

What are some of your unfulfilled dreams as an actor, artiste, musician and an Indian?

As an actor, there are millions of unfulfilled dreams. Dreams of perfection, of qualifying the craft to its ultimate, if there ever can be one.

As an artiste, to accept my limitations and yet keep attempting to improve on each challenge.

As a musician, to be able to educate myself and be in the learning of musical instruments, for music to me is the closest connect to the Almighty.

The learning not for any kind of exploitation, but for my own personal, internal passion!

Your next release is the much-awaited Thugs Of Hindostan. How tough was it for you to wear all that makeup and do the gruelling action scenes?

Yes, the make-up, costume and acts during the shooting of Thugs of Hindostan have been tough, difficult and strenuous. But when did any job ever become easy?

The time consumed in getting prepared for work each day took a good 3, 4 hours, in putting the look on and another hour-and-a-half to take it off at the end of the day.

But once a commitment has been made, it is but professional to behave in a manner that is directed by the makers. I hope I have been able to do so.

Sexual harassment in the workplace, specially in the entertainment business, is one of the vital issues being addressed today. How do you look at the problem of women’s safety in the work place?

No woman should ever be subjected to any kind of misbehaviour, or disorderly conduct, especially at her work place.

Such acts should immediately be brought to the notice of the concerned authorities, and corrective measures must be taken, either through filing complaints or a recourse to the law.

Discipline and civic, social and moral curriculum, should be adopted at a very early educational level.

Women, children and the weaker sections of our society are the most vulnerable. They need to be under special protective care.

It has been most heartening to see women representations in most work vocations on the increase in our country.

It would be an irreparable blemish if we are not able to provide them the welcome they deserve and the dignity of the security of their presence.

I know favourites keep changing. Which among your films are your favourites at the moment?

ALL! I can’t pick any favourites.

If Deewaar were to be remade whom would you like to be cast in Shashiji’s and your roles?

We have today in the film industry several distinguished talents of this generation that would be more than capable of remaking and performing roles played by Shashiji and me.

I just feel, with all due respect, it would be extremely difficult to replicate the writing and screenplay of Salim-Javed.