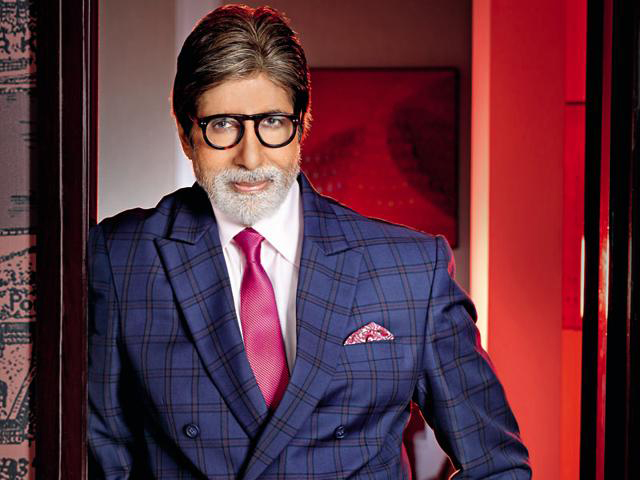 Amitabh Bachchan, the ‘Shehenshah’ of Bollywood, has evolved to become one of the most recognised names in the country. He was born on October 11, 1942, to eminent poet Harivansh Rai Bachchan and Teji Bachchan. He is well-known internationally, active in helping out in social issues and also connects well with the masses. His appearance on the TV show ‘Kaun Banega Crorepati’, gave a new lease of life to his career and helped him earn more fame. He is generally regarded as the star of the Millennium or the megastar.

Amitabh Bachchan is the first living Asian whose statue was modelled in London’s Madame Tussauds Wax Museum. The Government of India honoured Bachchan with Padma Shri in 1984, the Padma Bhushan in 2001 and the Padma Vibhushan in 2015 for his contributions to the arts. Bachchan is an evergreen versatile actor. He has acted in movies like “Pink” and “Piku” which have contributed towards the betterment of the society. He was nominated for the Filmfare best actor award for “Pink” which was immensely influential. He has also narrated several films in his career.

Renowned as the original ‘Angry Young Man’ of ‘Bollywood’, Amitabh Bachchan is to the Hindi film industry what Sachin Tendulkar is to Indian Cricket. He began his film career in 1969 with the movie ‘Saat Hindustani’. In 1973, his film ‘Zanjeer’ was released. In this, he played a new kind of hero who fought the injustices in the system. With this movie, he earned the epithet ‘Angry Young Man’. Amitabh initially worked with a shipping firm in Kolkata before moving to Mumbai in 1968. He had applied for a job in the All India Radio, but was rejected ironically because of his deep voice, which has now become his signature.

Though he played the role of the angry young man to perfection, he excelled in all types of roles whether romantic or comic. In 1984, he joined politics and was elected to the Parliament from Allahabad. He did not complete his tenure and resigned from his seat. He won the National Award for his role in ‘Agneepath’ (1990). After suffering a slump in fortunes, he shot back into the limelight when he hosted the popular quiz programme ‘Kaun Banega Crorepati’. He also acted in the Hollywood movie ‘The Great Gatsby’ (released in 2013). Amitabh Bachchan was awarded the Padma Bhushan in 2001 and Padma Vibhushan in 2015.

Debut Film: Bhuvan Shome
First Hit: Zanjeer
First Award: National Film Award for Best Newcomer
First Filmfare Award: Best Supporting Actor (for ‘Anand’)
First Filmfare for the Best Actor: In 1976 for ‘Kabhi Kabhi’
Entry into Politics: In 1984
Injury: 1982 while shooting for ‘Coolie’
Semi -Retirement: After a strings of flops, he took semi-retirement in the year 1992
Producing Debut: In 1996 with ‘Tere Mere Sapne’
His comeback: Television quiz show ‘Kaun Banega Crorepati’ in the year 2000
Ever since his comeback the actor hasn’t looked back. Today, he rests securely at a place that can’t be challenged by anyone for years to come. Almost all his movies have made an impact on the audience as well as critics. ‘Aankhen’, ‘Khakee’, ‘Bunty Aur Babli’, ‘Cheeni Kum’, ‘Sarkar Raj’ have all been immensely successful at the box office. Awards and recognitions coming his way have been endless. The actor always remains in news for his star stature, his charity works, his baritone and a humble demeanour towards his countless fans. He is the proud recipient of almost all the prestigious awards for excellence in acting.

His family is a star family including the likes of Jaya Bachchan (wife), Abhishek Bachchan (Son) and winner of Miss World beauty pageant and popular actress Aishwarya Rai Bachchan (daughter in law). He has been blessed with a granddaughter recently.

The actor, who has a history of stomach ailments ever since he first had an accident on the sets of the film ‘Coolie’, went through the abdomen surgery on 11th February 2012 after he complained of pain in the abdomen. The surgery was successful and the popular actor thanked his fans for their constant support and love first thing after the surgery.