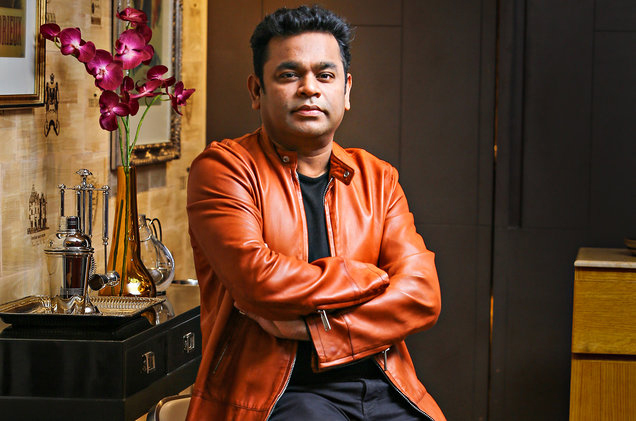 A.R.Rahman born in Chennai on January 6, 1967 as A. S. Dileep Kumar, he came to known as A.R.(Allah Rakha Rahman) after he converted to Islam. His father, who worked as a composer and conductor died when A.R.Rahman was young as a result of which A.R.Rahman had a difficult childhood. When he was just 11, he joined the troupe of famous South Indian composer Ilaiyaraaja. He later graduated from the Trinity College at Oxford University, with a degree in Western classical music. His lucky break came when he was asked by famous director to compose the music for his movie Roja in 1991. Roja’s music went on to create waves and there was no looking back ever since.

Rahman notched up many other hits like Bombay, Kadhalan, Indira, Minsaara Kanavu, Muthu and Love Birds, Swades, Rang De Basanti and Guru. His music was very different from the rest of the pack. He made his debut in Bollywood with the film Rangeela, directed by Ram Gopal Varma. He has worked with all the leading directors both in Bollywood as well as in the South Indian film industry. He has won international acclaim. He composed the score and soundtrack for the Chinese film Warriors of Heaven and Earth in 2003. The famous international composer Andrew Lloyd Webber hired Rahman to compose the music for his maiden stage production Bombay Dreams in 2002.

He is a recipient of the Padma Shri. Over the years Rahman has had the distinction of working with some of the best personalities in the Indian entertainment industry like Javed Akhtar, Mehboob, Gulzar, Vairamuthu, Anand Bakshi, Vaali and P.K.Mishra. Rahman’s studio, Panchathan Record Inn, was inaugurated in 2005 and is regarded as among the finest of its kind in Asia with regards to equipments and overall development.

KM Music, the personal music label of AR Rahman was launched in 2006. Its first release was the music of Sillunu Oru Kaadhal scored by Rahman himself. He has also been involved in a number of prestigious international projects such as Elizabeth: The Golden Age that was directed by Shekhar Kapoor in 2007. Rahman also scored the music for Slumdog Millionaire in 2008. This work fetched him two Oscars and a Golden Globe. The music was extremely popular with Jai Ho reaching number 15 on the US Billboard Hot 100 and number 2 at the Eurochart Hot 100 Singles.

Over the years Rahman has been the recipient of a number of awards and recognitions. In 2010 he was awarded the Padma Bhushan, which is third in the list of civilian awards conferred by the government of India.

He also won the Filmfare Best Music Director Award for his work in Delhi 6 in 2010. The same film also fetched him the Best Music Direction award at the Star Screen Awards. His song Nana from the film Couples Retreat was nominated in the Best Original Song category in the 2010 Academy Awards.